TRUE NATURE: THE ART OF THE SLOW BURN 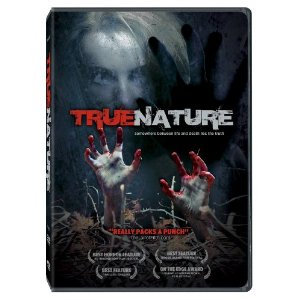 I've commented before about what I call the MTV generation. This is a group of film goers who have no patience when it comes to movies. They want the information thrown at them immediately, they want it NOW! Because of this attitude they don't have time for movies that offer what I call the slow burn. These are films that give you pieces of the story, that take their time in allowing you to absorb what is going on rather than just rush into it in the first 5 minutes of the movie. The best thing about these movies is that when done well they are quite enjoyable.

Consider the films of Hitchcock. Even in a film like PSYCHO, his most popular film, you don't have the true gist of the story until 30 minutes into the film. You get glimpses of what is to be, you get set up for what is going to come, and you get involved with the characters. He did this in most of his films. Alas I don't think today's generation would have the patience to sit through an entire Hitchcock film. That's sad. Because not only will they miss some of the greatest films of all times, they'll more likely than not complain about films like TRUE NATURE which deserves more credit than that.

The film opens with college student Marianne who goes for a jog one night only to disappear. To stop there would make a short film. Instead the movie takes us to a year later with parents Becky and Reg still grieving over the loss of their daughter. Miraculously she suddenly shows on the front doorstep caked in mud and filthy though wearing the same clothes she had on when she disappeared.

Questioned by the police Marianne offers them little information about what happened to her. She seems to have a mental block about events and is possibly suffering from memory loss in an attempt to retain her sanity. She's given time to recover and go home with her parents.

But things remain strained at home. She gets glimpses of what happened but never quite the full story. She wonders why her father didn't come searching for her while we viewers believe he did everything in his power to find her. And beneath it all there is a tension between these family members that makes you wonder if things were as proper and peaceful as they seemed when the film began.

The movie offers clues as to what's going on, lets you see bits and pieces of the past and current time lines to try and figure out what happened and what will be. I thought I had figured it out but found myself surprised by the end of the film. It does a good job of bringing together the complete story and offering a tale that is most satisfying.

Complaints I've read about the film have made me think I'm correct about that MTV generation. Poor remarks almost seem uniform in complaining that not enough is explained or that it doesn't jump in fast enough. These are obviously written by those who have yet to understand the beauty of the slow burn. They cheat themselves from enjoying a movie that tells a story rather than blows things up.

One thing about this movie that should give film makers a boost is that it was shot in Dayton, OH and not Hollywood. This proves that you don't have to go to California to make a good movie. The acting on hand makes the characters believable, enough so that you care and are concerned about all involved. The production values are equal to anything seen from out west. With that in mind I for one hope to see more quality films being made here in the Midwest. I also hope that enough people begin to see that a slow burn film can be enjoyable. Give this one a watch and find out.

Click here to order.
Posted by Mark Turner at 6:32 PM